Members of the Hadronic Physics Group are almost always doing cool and outstanding work.  And occasionally someone else notices.  Here is a list of recent honors and awards received by group members - congratulations to all!

Rebecca Barsotti was awarded a DOE Office of Science Graduate Student Research Fellowship to work on the GlueX experiment at Jefferson Lab.  (2021)

Rebecca Barsotti was given an award for Best Undergraduate Presentation at the April American Physical Society Meeting.  (2018)

Thomas Boettcher was awarded a National Science Foundation Graduate Research Fellowship to pursue a Ph.D. in Physics at MIT.  (2015)

Thomas Boettcher has been accepted into the CERN Summer Student Programme and will spend the summer working at LHCb.  (2014)

Kei Moriya was given a Promising Young Scientist Grant from Jefferson Science Associates. (2013)

John Leckey was given a Promising Young Scientist Grant from Jefferson Science Associates. (2013)

Kevin Bauer selected for an REU program at the University of Rochester.  (2013)

Manuel Lara is awarded the Konopinski Award for Outstanding Teaching by a graduate student.  (2012)

Jake Bennett is awarded the Koss Award by the Physics Department for his teaching and research.  (2012)

Photos and Other Fun Things

Below is a collection of random photos, slides, and other memorable things from the last few years of the group's work. 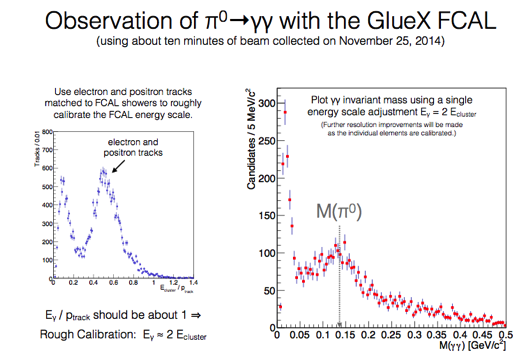 This slide was presented as a demonstration that the GlueX calorimeter is capable of reconstructing the decays of π0 mesons. This was a key performance milestone in certifying that construction of GlueX and Hall D was complete. 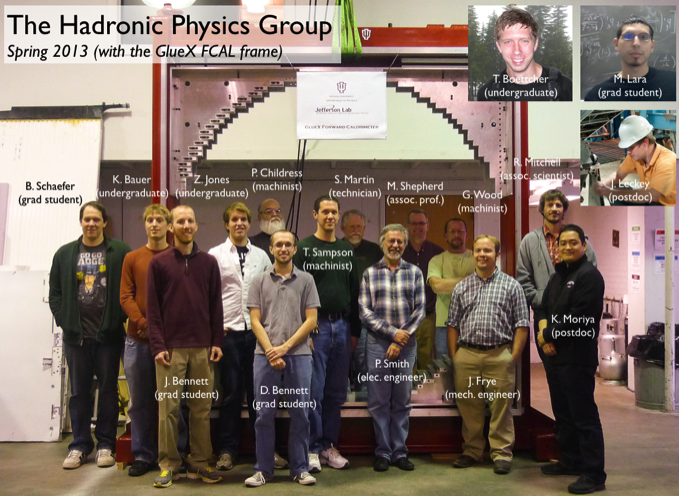 A group photo that includes the technical team that helped construct the GlueX forward calorimeter. 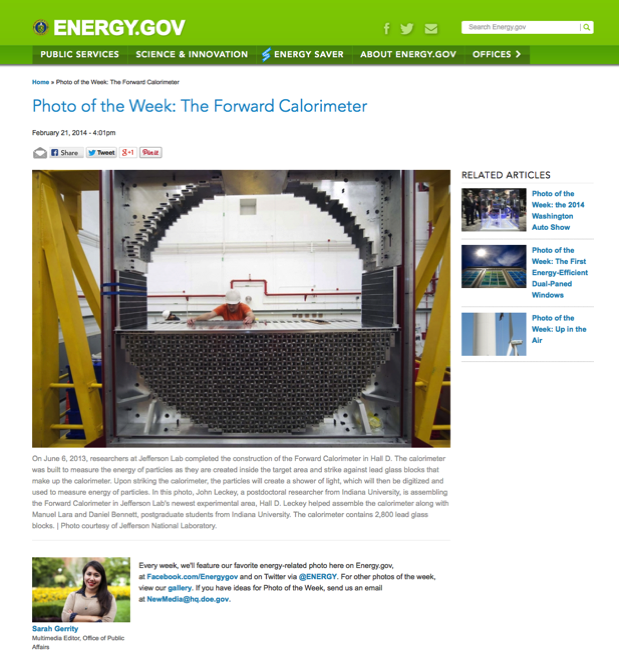 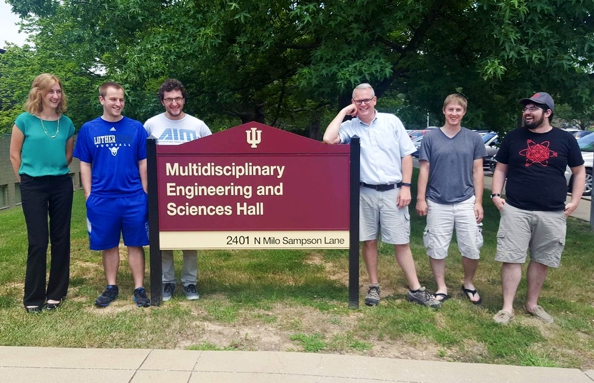 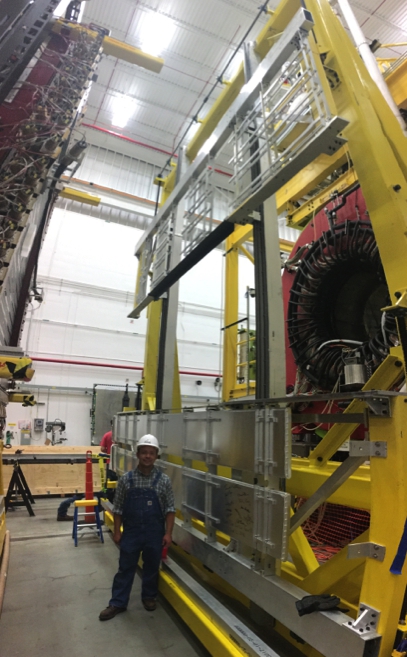 This photo shows John Frye in front of the frame for the GlueX DIRC (Detection of Internally Reflected Cherenkov light).  The DIRC is an upgrade to the GlueX particle ID capability.  The design recycles priceless synthetic quartz bars from the BaBar DIRC.

John designed the system to hold these boxes of quartz bars.  Our group also was instrumental in transporting the bars across the country.  (Matt made two 3200-mile trips chasing a semi-trailer from SLAC to Jefferson Lab.)

A story about the GlueX DIRC was published by the Daily Press in Virginia.

You can also find a Twitter feed that documents the long journey (twice) across country. 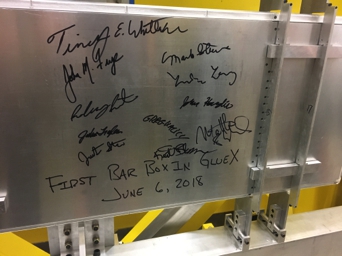 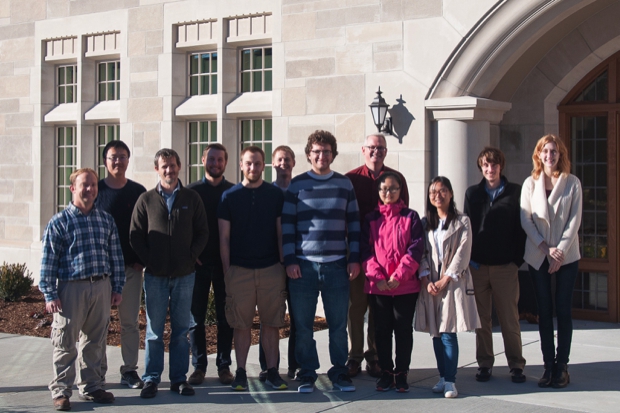